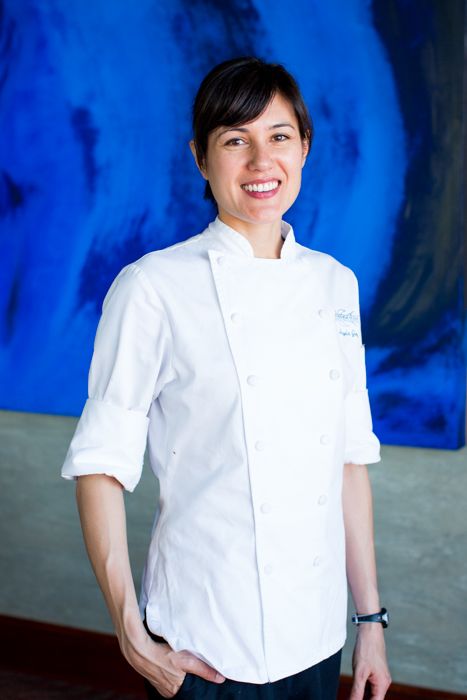 Chef Angela Salvatore is a lecturing instructor in Baking and Pastry Arts at the Culinary Institute of America, Greystone in Napa Valley, California.  She has the honor of being the first alumnus of the Greystone campus to return as a faculty member with well over a decade of baking and pastry experience in Napa, San Francisco and Connecticut.

Angela got her start in bakeries specializing in special occasion cakes and baked goods.  It was her time on the opening Moss & Stone team at The California Academy of Sciences where Angela began bridging the gap between bakery and restaurant operations.  She worked her way up the ranks in this high-volume setting managing a wide range of patisserie, grab and go and café items in the Academy Café as well as creating and executing the fine-dining menus of The Moss Room while designing sugar showpieces for museum events.

During her time as Executive Pastry Chef at Waterbar in San Francisco Angela was part of a select group of Bay Area pastry chefs who traveled to Tain L’Hermitage, France for classes at L’Ecole Valrhona and tours of the premier chocolate maker’s factory and headquarters in 2016.  In 2012 Angela was featured in StarChefs online industry publication and appeared at the top of the 2017 OpenTable list of San Francisco chefs to watch.

Angela has been lauded for her gingerbread showpieces and now serves as faculty advisor of the Greystone showpiece club where students plan and execute sculptures in the many mediums the baking and pastry industry has to offer.