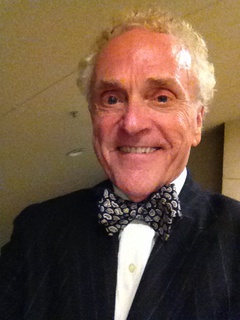 Lee Scott Theisen, PhD, known in the “chocolate world” as the Chocolate Guru, is bringing years of teaching experience to the Oregon Chocolate Festival.

Teaching the history, economics, and science of chocolate began simply enough—learning to bake bread and cook from his grandmother and mother who often used “the food of the gods” as an ingredient. At his dinner parties from high school to the present at least one dish was chocolate- based. Travel in Mexico, Central America, and the Caribbean gave him more exposure to cacao and local foods. While in Hawaii, he developed contacts with chocolate makers and cacao growers. Lee worked on the staff of a U.S. Congressman, and has been an executive director and/or senior administrator at museums, foundations, and universities. He has worked at The National Archives, and trained at the Smithsonian Institution and The Library of Congress. Over the course of his career he has lectured at West Point, and the US Army Military Intelligence School, taught at several universities and other educational institutions, and
given presentations to The Smithsonian Associates, Fowler Museum members and others. His consultations include the United States Information Agency, and the American Association of Museums. He is an author, baker, photographer and world traveler. For exciting news, chocolate reviews and history tidbits, check out his IG account: @chocolate_guru